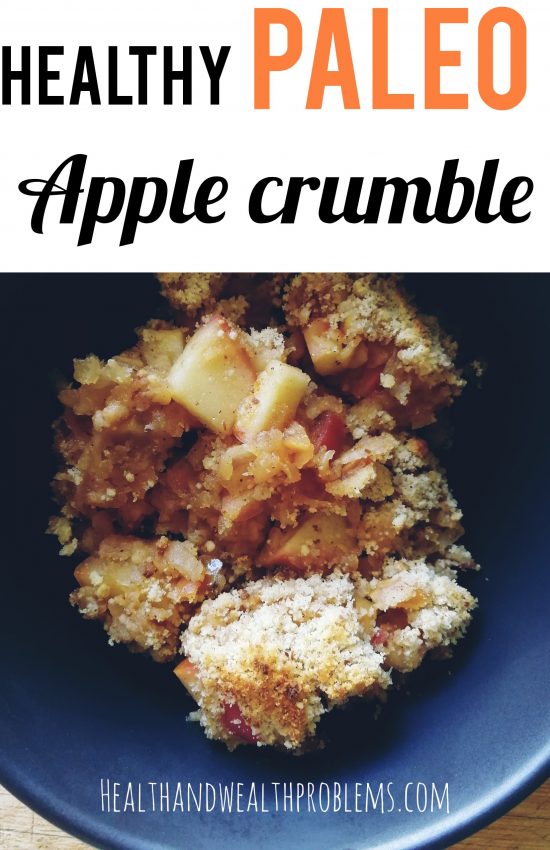 I felt troubled when going into a paleo diet and knowing I couldn’t enjoy the same apple crumble dessert I so much loved. Well luckily I was able to re-create a paleo version to replace the old one and it tastes incredible with vanilla custard. So you don’t necessarily have to stop eating your favourite desserts when you go paleo or switch into a healthy diet. You simply just make couple changes to the old recipe. How was I able to create a sweet and tasty apple crumble without grains or artificial sweeteners? Check out my recipe below.

If you wish to make a healthy vanilla custard check out this recipe. It’s challenging to make but tastes incredible with apple crumble. 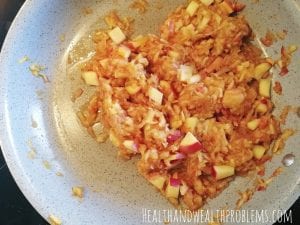 First step is to grate 4 apples but don’t peel them before this. Put 3 tbsp stevia, touch of cinnamon and 1 tsp vanilla on the pan. When the stevia starts to melt add your apples. Then take one apple, cut it into dices and add that to the mixture. This will bring some more texture to the mix. Add 1 tbsp honey that brings nice sweetness to the apples. Next grate some lemon peel into the mix and squeeze half a lemon juice. Now your mixture should look something like in this picture and you can turn off the heat. Taste to know whether you need to add some more of any ingredients. 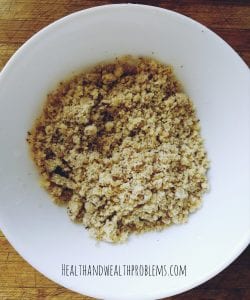 While you let your apple mixture sit you will be making the crumble. I used 1/4 cup almond and 1/4 cup coconut flour. Mix 1 tbsp of stevia into the flour, touch of cinnamon and mix it into a 1 tbsp of butter. You can mix this together with your hands until it looks like bread crumbs. 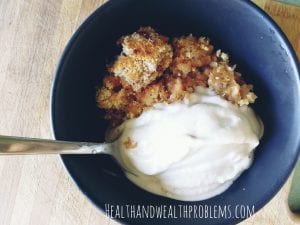 If you are vegan and don’t want to have vanilla custard you could as well make some vanilla Nice Cream with your apple crumble. It does have a bit of a strong taste of the fruits you’ll use but it is a pretty good combo with the apple crumble. You can try the following vanilla nice cream recipe: 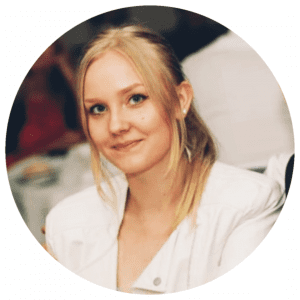 Welcome to my blog! I write about healthy diets, weightloss and money tips. I have struggled for years to lose weight and tried many different diets. When I finally decided to focus more on my health than just wanting to lose weight I started losing weight naturally. It was a full lifestyle change. One key point through this transformation was basically going on a paleo diet. You might want to check out Dr. William Davis.

As a person who moved to a different country I know how hard it can be to get a decent job. I wanted to include different money tricks and tips on my blog to help people who have ended up in similar situations.

I write two blogs and you can check out my other website at castleandbeauty.com .

We are a participant in the Amazon Services LLC Associates Program, an affiliate advertising program designed to provide a means for sites to earn advertising fees by advertising and linking to Amazon.com.